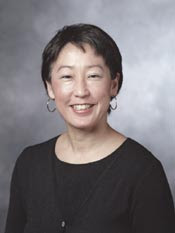 Ten companies have submitted the first-ever letters-of-intent from the private sector for grants from the $3 billion California stem cell agency, and their chances may be better than those of some of California's finest universities.

The reason? CIRM is eager to develop interest and participation in its programs from stem cell companies. The general idea is that business would be faster at bringing therapies into the market place.

The number of letters of intent for the $1 million in disease team planning grants was disclosed today by CIRM. In addition to the 10 letters from business, the institute said that 56 letters were received from "non-profit institutions." The agency did not break down that number between educational institutions and research nonprofits.

CIRM next June plans to approve about 20 grants of up to $55,000 each. The grants would be an important stepping stone to the much larger, $122 million disease team grants.

The Stanford University School of Medicine, meanwhile, is not waiting for CIRM grants. It announced seven days ago that it was funding four disease team planning grants at $50,000 each beginning virtually immediately. Stanford apparently believes the early move will give it a leg up for the larger grants. Those being funded and pictured above are Irv Weissman(with microscope), Judith Shizuru(upper left), Gary Steinberg(in lab coat) and Beverly Mitchell(upper right).

The four grants are in addition to the four that will be submitted to CIRM, which has limited the number of applications to four from each institution.

Stanford, whose medical school dean, Philip Pizzo, is a CIRM director, has swept up $41 million in CIRM grants, more than any other institution. It might behoove others to look to their own grant-winning strategies in light of Stanford's move on the disease team planning grants.

Letters of intent were received eight days ago by CIRM, which chose to withhold the numbers until today for reasons that are not clear.

Another note: CIRM religiously refuses to release the names of grant applicants, claiming that they would be embarrassed if they lost. Stanford, like a number of others, seems to disagree about the possibility of embarrassment given that it has now disclosed that it is seeking at least four planning grants from CIRM. Of course, the hypocrisy of CIRM's secrecy policy on the names of applicants became evident earlier this month when it chose to identify 12 applicants for $263 million in lab construction grants a full month in advance of the date they are scheduled to be approved.
Posted by David Jensen at 4:18 PM