Don't miss out on news and information on the $12 billion California stem cell agency.

Subscribe today to the California Stem Cell Report on its new platform. You can do so by clicking here and tapping the subscribe button.  Plus it's free.

Cited as “indispensable” in the Los Angeles Times, the California Stem Cell Report is the only independent voice regularly reporting on the activities of the California Institute for Regenerative Medicine (CIRM), as the stem cell agency is officially known. In 2012, the Institute of Medicine invited the publisher of this site to testify during its $700,000 evaluation of CIRM.

This report has covered CIRM since its inception in 2004 and has published more than 5,000 items and attracted more than 3 million page views.

It is essential reading if you have something at stake in what CIRM does and how it spends its money.

How Does a CIRM Work? California's Stem Cell Agency Offers Up Trail Guide to Its Ambitious $12 Billion Program

What Do California Voters Want from Their Stem Cell Agency’s Multibillion-Dollar Smorgasbord?

Posted by David Jensen at 7:51 AM No comments:

What Does 'Unlikely' Mean?

The talk at the California stem cell agency this week was of ”boiling the ocean,” the meaning of “unlikely” and “DEI.” All of which involves how $5.5 billion in taxpayer dollars will be used over the next decade or so....

Read all about it on the new platform for the California Stem Cell Report. And please subscribe on the new site to keep seeing the most complete and independent source of information on the doings at the state's $12 billion therapy development enterprise.

Posted by David Jensen at 9:31 AM No comments:

The Latest: Deciding who Decides Who Gets California's Stem Cell Billions

CIRM directors tomorrow take up the matter of how the agency chooses the judges of applications for billions of California stem cell research dollars. You can read more about what's in store on the new platform of the California Stem Cell Report.

You can also make sure you don't miss any of the news by subscribing free.  It's easy. Just click on the subscribe button when you go to the link below.

Who Should be a Stem Cell Judge for California's $12 Billion Research Agency?

Looking at how scientists are chosen to score grant applications

The California stem cell agency has released its plans to revise the process of choosing the folks who make the de facto decisions on billions of dollars in research awards.

The revisions grew out of a meeting last month of the governing board of the $12 billion agency, officially called the California Institute for Regenerative Medicine (CIRM).

Some directors sought more diversity among as many as 300 scientists who are tapped to review applications for awards. One director sought assurances that the process would lead to the selection of the most talented scientists, ones who also could be counted on work positively with others during the review process....

It's time to subscribe -- free! -- to the California Stem Cell Report, which has moved to a new platform.

Don't miss news and information concerning critical developments at the $12 billion California stem cell agency. It is the leading, independent and reliable source for all that happens at the California Institute for Regenerative Medicine (CIRM).

With more than 3 million page views and more than 5,000 items during the last 16 years, the Report's readers range from researchers throughout California to across the nation. Not to mention policymakers and entrepreneurs in the burgeoning stem cell field. "Indispensable" is how the Los Angeles Times described the California Stem Cell Report.

You can subscribe on the blog's new platform while reading the latest CIRM news. Please do it today. Here are recent links and excerpts that will take you to the location where you can subscribe with just one click.

Telling the California Stem Cell Story: A Matter of Billions of Dollars

Building a Base of Voter Support

Can the stork be relied on to bring stem cell cash?

The respected California news service Capitol Weekly this week brought the exploits of the state’s $12 billion stem cell agency to a much wider audience than normal -- one that includes policymakers, lobbyists, lawmakers and even some information-hungry folks in the general public.

The case in point involves the $17 million provided by the stem cell agency to help finance the world’s first clinical trial to treat spina bifida in the womb. ....

Bulldogs and Babies: World's First Trial to Treat Spina Bifida in the Womb

Bulldog pups were tested earlier in the spina bifida research and came out lively. UCD video

Backed by $17 million in cash from California’s stem cell agency, researchers at UC Davis this month are launching “the world’s first clinical trial using stem cells to treat spina bifida before the child is born.”...

Posted by David Jensen at 7:50 AM No comments:

California Stem Cell Flashback: When CIRM Was Homeless and Without an HQ

Editor’s note: Sixteen years ago California’s stem cell program was basically homeless. It had barely come into being. It had no way to pay its bills or even employees. This link will take you to an item from Jan. 25, 2005, on the California Stem Cell Report that captures a slice of what it was like back then.  It also comments on today's situation at the agency's headquarters in Oakland, where space needs appear to be changing.

Speaking of changes, the California Stem Cell Report has moved to a new platform. Be sure to subscribe free on the new site so that you don't miss out on information that goes to researchers and policy makers throughout the state.

Posted by David Jensen at 8:16 AM No comments:

$165 Million for Stem Cell Education and Training in California 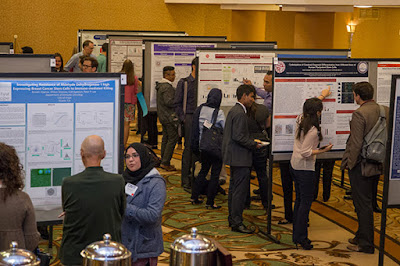 California's ambitious stem cell agency is in the midst of determining how it is going to spend $5.5 billion over the next decade or so. Its decisions are likely to affect millions of patients desperate for therapies and cures for afflictions ranging from cancer to diabetes. That is not to mention the agency's impact on health care policy and the thousands of scientists, technicians and others in their California laboratories.

The go-to source for independent information about the programs of the stem cell agency is this blog, which has readers in every major stem cell research organization in the Golden State, the National Institutes of Health and the Food and Drug Administration.

Over the last 16 years, the California Stem Cell Report has brought its readers exclusive information and news that can be found nowhere else. It has chronicled CIRM's accomplishments and its missteps over the years. And it is essential reading as CIRM wades into gene therapy, affordability efforts, personalized medicine and much more.

Here are links and excerpts from this week's California Stem Cell Report, which has moved to a new platform as it chronicles the latest chapters in the life of the agency known officially as the California Institute for Regenerative Medicine (CIRM). Subscribe to the "new"  version of this blog through the "subscribe" buttons that can be found on its new platform at Substack. Three-million "views" of the site can't be wrong.

California’s stem cell agency today pumped an additional $165 million into its efforts to beef up the Golden State’s stem cell workforce, but not without a rumpus involving the actual cost of each additional worker, who range from technicians to physicians.

The agency and many of its 35-board members have touted the programs, which have been underway for a number of years. But earlier versions of the program, as well as the latest proposal, have not included a price tag for each of what the agency calls “ready-to-start” professionals.

That led to a contentious discussion among governing board members during which a variety of high-level figures surfaced. One calculation by a board member generated a cost of $1 million per person per year (video at end of this item).

Posted by David Jensen at 4:24 PM No comments:

Here are links and excerpts from items this morning on the California Stem Cell Report, which has moved to a new platform. Don't miss the exclusive and news about California's $12 billion stem cell/gene therapy program, including information that can be found nowhere else. Subscribe to the "semi-new"  version of this blog through the "subscribe" buttons that can be found on the new site. Three-million "views" of the site can't be wrong.

It all happened during a nearly five-hour session Monday morning devoted to crafting a new, five-year strategic plan for the California Institute for Regenerative Medicine (CIRM), as the agency is formally known. The meeting came in the wake of voter passage last fall of Proposition 14, which saved the agency from death by a lack of dollars.....

Clark's Talk was Aimed at Needs in Basic Research

Posted by David Jensen at 6:05 PM No comments: