CIRM and the Cause of Philanthropy 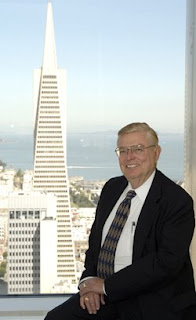 By now, you all have heard about Larry Lokey's whopping $75 million gift to Stanford to help build a new stem cell lab. But there is another bit of the story that has not received much attention.

And that is the role of the California stem cell agency in creating a friendly climate that encourages our wealthiest citizens to make huge contributions to human embryonic stem cell research and science in general.

Stanford and Lokey did not specifically cite CIRM and Prop. 71. But the agency has done much to portray favorably hESC research and draw the attention of scientists who need to believe there is a stable source of potential funding for their research. If not, they will choose another path of inquiry.

Four years ago, hESC was the poor stepchild of the NIH, all but banned by the Bush Administration. That is unchanged at the federal level. But California's Prop. 71 fired up the efforts in a number of other states and created a sense that the science could proceed even without the sanction of the NIH.

Lokey is not alone in making a major contribution to stem cell research. Eli Broad, Denny Sanford and others have also donated tens of millions of dollars in California.

Their generosity has set an example and a standard for others to emulate. The hESC philanthropy trend serves both science and charity well.
Posted by David Jensen at 2:18 PM