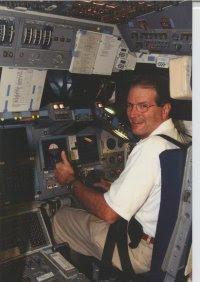 The latest addition to the board that controls California's $3 billion stem cell agency is an electrical engineer and a physician. He was once ranked as the highest paid university president in the United States (Johns Hopkins, 2007, $1.49 million). And in pinch he could fly you – as a pilot – to the headquarters of Novartis in Basel, Switzerland, where he sits on the board of directors of that $53 billion pharmaceutical enterprise.

William R. Brody (see photo) is the man who is coming aboard at CIRM. Last fall he took over as head of the Salk Institute in La Jolla, Ca. And last week, California Lt. Gov. John Garamendi named him to replace Martha Chandler, the executive vice president at Salk, on the CIRM board. Chandler presumably resigned in favor of her boss.

In a news release on Friday, CIRM quoted Garamendi as saying that Brody is one of the nation's leading thinkers in biomedical engineering and healthcare policy. CIRM said he has authored more than 100 medical journal articles and co-founded three medical device companies.

Brody's pedigree also includes stints on the board of directors of a number of companies. In addition to Novartis, he currently sits on the IBM board, including its executive compensation committee, and the board of the Commonweath Fund, a foundation working toward a “high performance health system.”

Brody has spoken out and written on subjects of wider interest than those in scientific journals. In 2005, he deplored “the hodgepodge of local legislation, control and restriction (that) does not recognize the fundamentally porous nature of modern research science.” And he raised the specter of a human embryonic stem cell scientist being arrested in an unfriendly state during a layover there.

Also in 2005, he made a comment which seems to have application to CIRM, which refuses to disclose the financial interests of scientists who make the de facto decisions on hundred of millions of dollars in grants. Brody wrote,

“...(C)onflict-of-interest situations should always require disclosure. Disclosure is a necessary—but not sufficient—condition for supervising conflicts of interest. Additional checks, balances or prohibitions may be required to reach an appropriate risk profile for the behavior, but full disclosure is always the vital first step.”

He had this to say on another occasion.

“In my mind, conflict of interest begins the day a scientist has an idea. Even receiving NIH grant support drives a certain mode of behavior that could conflict the objectivity of that scientist. And licensing the idea to outside interests adds additional conflicts. A surgeon who develops a new clinical procedure will want to pursue the development of that procedure—which means conflict, hopefully positive—even without the involvement of an outside company. If she invents a surgical device that enables the operation and licenses that technology to an outside company, the conflict becomes more apparent, even though the conflict was no less real before any agreement was signed. But it is probably impossible to erect a firewall between the scientist and the supposed source of conflict. I know of few surgeons who would use a device invented by someone else if that colleague, even for reasons of conflict of interest, did not use that device herself. As a venture capitalist once told me, 'No conflict, no interest.'”

The July issue of the Salk Institute's house organ carried a profile on its new CEO in which he said, “The best institutions have to have a ruthless commitment to excellence."

That effort includes, he said, “assembling the money for hefty research start-up packages for new faculty.” That could mean a vote – depending on his view of conflicts of interest – for the $40 million research recruitment plan being offered up later this week at the CIRM board meeting.

The Salk profile also has other interesting tidbits, but does not mention that Brody holds ratings as an airline transport pilot and flight instructor, which in theory could make it possible for him to wing his own way to Basel.

Brody's career is indeed impressive. However, he seems careful to soft-pedal it. As he told then San Diego Union-Tribune reporter Terri Somers in an article last fall,

“I grew up in Stockton. Someone from Stockton can't put on airs.”