FDA Stem Cell Regulation: A Pitch for 'Not Too Hot and Not Too Cold'

Members of the California stem cell agency team last week were at the World Stem Cell Summit in Florida, telling the story of the Golden State's research effort.

Something like 1,000-plus people were in attendance at the conference, and Kevin McCormack, senior director of communications for the stem agency, was one.

McCormack filed a report about FDA regulation of stem cell research for the agency's blog, The Stem Cellar.

He quoted Martin McGlynn, former CEO of StemCells, Inc., of San Leandro, Ca., as saying the rest of the world is moving more rapidly to bring stem cell therapies to the marke, citing Japan, China and Australia. 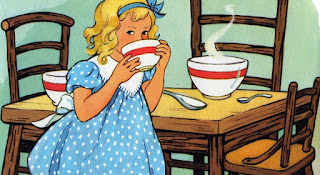 They are not exactly the three bears of the childhood story. But Goldilocks did come up at the meeting a little later. McCormack wrote,


"Marc Scheineson was the final speaker. He heads the food and drug law practice at Washington, DC law firm Alston & Bird and is a former associate commissioner for legislative affairs at the FDA....

"Scheineson says part of the problem is that the FDA was created long before cell therapy was possible and so it is struggling to fit its more traditional drug approval framework around stem cell therapies. As a result, this has led to completely separate regulatory processes for the transplantation of human organs and blood vessels, or for the use of whole blood or blood components.