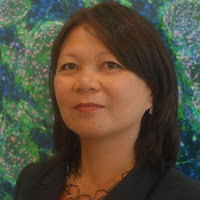 By this time next week, California's $3 billion stem cell research agency is expected to have a new president to preside over what may be the last act for the nearly 13-year-old effort.

Item Five on the agenda for this Thursday's meeting of the governing board of the agenda says:


"Consideration of appointment of new president, including compensation package."

Preceding that is an executive session of the board to discuss the matter behind closed doors.

The California Stem Cell Report is predicting that Maria Millan, currently interim president, is likely to get the job. Millan was named as the interim CEO after Randy Mills left the agency at the end of June. Mills publicly recommended Millan to replace him as head of the California Institute for Regenerative Medicine (CIRM), as the agency is formally known.

A subcommittee of the governing board has met only once -- also behind closed doors -- to consider a replacement for Mills. The board made no public comment about the outcome that July meeting.

Millan was vice president for therapeutics for the agency.  A news release from CIRM said in May that Millan "was instrumental in developing and implementing the current strategic plan."

"She received her general surgery training and transplant immunology postdoctoral fellowship at Harvard Medical School and trained in solid organ transplantation at Stanford University School of Medicine, where she went on to serve as associate professor of surgery and ultimately director of the Pediatric Organ Transplant Program. Maria received her bachelor’s degree from Duke University and her M.D. from the University of Medicine and Dentistry of New Jersey."

She joined the agency in 2012 after leaving a position as vice president at StemCells, Inc., which has received $9 million from the agency.

CIRM has projected that it will run out of cash in mid 2020. Its governing board is currently studying a wide range of options for life after 2020.