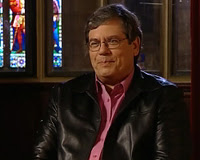 California's $3 billion stem cell institute has found a new president, eminent Australian scientist Alan Trounson who is giving up his research to immigrate to California and oversee the world's largest single source of funding for embryonic stem cell research.

"It's a surprise move to have someone of his prominence in this role. This is a recognition of the incredible impact the California initiative has had. He's voting with his feet."

The California Institute for Regenerative Medicine had been operating on lame duck status since last December, when former President Zach Hall announced he was going to retire. Early in August, the CIRM Oversight Committee named Richard Murphy, former president of the Salk Institute, as interim president.

Media reports indicated that Trounson hoped to begin work in San Francisco by the end of the year, but has not worked out all the visa requirements. Trounson will be paid either $490,000 or $475,000 annually depending on whether the state picks up his moving expenses. The salary is a substantial increase over the previous cap of $412,500 on the president's salary. Trounson is also giving up any investments in stem cell companies. Mary Engel of the Los Angeles Times said he will be able to work part-time on a pro-rated salary for up to six months as he closes his laboratory.

Reporter Terri Somers of the San Diego Union-Tribune wrote that the appointment is "viewed as a coup for California's ground-breaking institute because of his research resume, his entrepreneurial and management abilities and his experience navigating Australia's rocky political climate on human embryonic stem cell research."

"'I have great respect for Alan as a scientific colleague and a deeply ethical and moral individual who will provide great leadership to the CIRM in coming years,' said Larry Goldstein, an embryonic stem cell researcher at the University of California San Diego who has collaborated with Trounson."

The Los Angeles Times' Engel quoted John Simpson of the Foundation for Taxpayer and Consumers Right as saying, "This is an excellent move. I am wonderfully impressed and completely surprised."

"As well as founding the Australian Stem Cell Centre at Monash University in 2003, Trounson has founded or co-founded eight companies. Among those companies is globally recognized Embryonic Stem Cells International in Singapore.
"Started in 2000 with angel investor money and investment from Singapore's research-loving government, Embryonic Stem Cells International holds the commercial rights and intellectual property to the initial six embryonic stem cell lines developed by the founders, who include Ariff Bongso, a Singapore IVF specialist considered to be a pioneer in deriving stem cells from human embryos."

"It's obviously a tremendous personal opportunity and honour, but it is also a sign of the high regard in which Australian research organisations and scientists are held internationally in stem cell research.

"This is a research field in which our achievements are world class - I see myself as an ambassador for all Australian medical researchers."

Trounson surfaced in American media earlier this year in support of challenges to stem cell patents held by the Wisconsin Alumni Research Organization.

"Trounson's career has not been free of controversy. He was criticized in 2002 after showing Australian legislators -- who were voting to legalize embryonic stem cell research -- a video of a rat that he said had been cured of paralysis using embryonic stem cells. It turned out that the rat had been given slightly older cells called foetal germ cells.

"Trounson said Friday that he had apologized to the parliament and learned "a very valuable lesson about ensuring precision in what you say to people."