Time Now for CIRM to Let Sunshine In 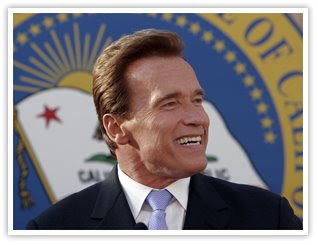 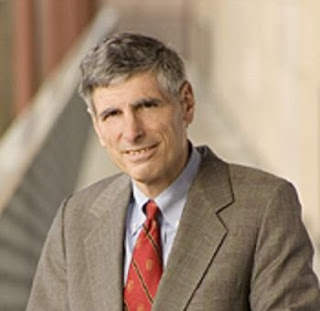 California Gov. Arnold Schwarzenegger today set a fine example of openness – one that should be emulated by the California stem cell agency.

His action follows by one day another sterling case of transparency – this one involving a member of the board of directors of the California stem cell agency, Philip Pizzo(on right), whose main job is running the Stanford School of Medicine.

Both men acted to maintain and bolster support for important societal institutions at a time when public confidence in our leaders has been sadly eroded.

It took a bit of a scandal -- disclosed by the Los Angeles Times -- to force the governor to make his move. But today, Californians can check out for the first time online the economic interests of the top state executives appointed by Schwarzenegger. They can also view the officials´ monthly travel expense reports. (The information is a public record, but has not been easily accessible previously.)

The governor put the material online after Michael Rothfield of the Times reported that several top members of his administration charged taxpayers thousands in airfare, hotel and meal costs with little oversight. Two members have since left.

In announcing the new online information, the governor said,

“Since taking office I have taken steps to make government more accountable and responsive to the people. By making the economic, gift and travel information of the senior members of my administration easily available online, we are taking unprecedented steps to open up our government to the people – yet another critical step toward more government transparency.”

On Wednesday, Pizzo announced that Stanford will be posting online “the medical- and research-related consulting activities for some 1,200 physicians and faculty affiliated with the medical school.”

"Industry collaborations are critical to furthering research efforts and innovative patient care, but at the same time, concerns over these activities are eroding the public trust. I hope that steps to increase transparency will resonate with those we serve, educate and work with — and reinforce that trust."

The Stanford medical school has been in the forefront of moves to increase transparency in medical research. In 2006, Stanford physicians were barred from ”accepting biomedical industry gifts, including drug samples, anywhere on the medical center campus or at off-site clinical facilities where they practice,” the school says.

The California stem cell agency has promised the highest standards of openness and transparency. In some ways, it is quite open. But it is an agency that was constructed with huge built-conflicts. Its board of directors is dominated by folks from the institutions that have been the chief beneficiaries of CIRM´s largess. As of last October, 18 institutions with representatives on the board (past and present) had received $552 million in CIRM grants.

The political reality is that the structure of the agency is not going to change. Given that fact, it behooves CIRM to lay all its cards on the tables. At least that way, the public knows who stands to benefit from the billions CIRM is giving away at a rate of $24,000 an hour.

CIRM should make the statements of economic interests from its directors and top officials available online in easily searchable and downloadable databases along with their travel and other expenses.

The agency should also disclose the economic interests of its scientific grant reviewers. Although they make the de facto decisions on grants, the reviewers´ statements of interest are withheld from the public and the scientists who are the subject of their scrutiny. That is a situation that naturally generates suspicion, especially since their deliberations are conducted behind closed doors.

“Bob Klein (CIRM chairman) talks about transparency. He ought to do something about…. Working group members aren't required to file any public disclosure now and that is outrageous. If the governor can post monthly travel reports, so can the stem cell agency. Doing less means that claims of transparency are nothing more than empty rhetoric.”

CIRM is currently a bit strapped for cash, but the governor´s office has already done the hard work of setting up online templates for the disclosure statements. It would take little more to fill in the information.

Evidence of public´s current disenchantment with our leading institutions can be read and heard every day. CIRM can help to restore confidence by following the governor´s lead. CIRM will also help itself by acting in a way that demonstrates its responsiveness to concerns about its conduct and openness.