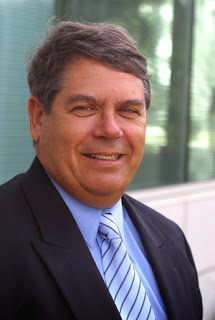 The California stem cell agency today announced the resignation of Alan Trounson, who has served for nearly six years as president of the $3 billion research enterprise.

Trounson, an internationally known pioneer in IVF research, said he was resigning so that he could rejoin his family in Australia, where he has spent most of his personal and professional life.

Trounson's wife and youngest son moved back to Australia from California about three years ago. In a news release from the stem cell agency, Trounson said,


“(T)he agency needs a full-time president, and I need to spend more time with my family. The two needs are incompatible, so it is necessary for me to step down as president."

In an email to the California Stem Cell Report, Trounson said,


“I have a 12-year old son who misses me terribly for the last 2.5 years we have been separated (as do the other 3 older children). I have sacrificed considerable personal family rewards to continue to commit to driving CIRM's vision.”

Trounson joined the California Institute of Regenerative Medicine (CIRM), as the agency is formally known, in late 2007. He was personally recruited by Robert Klein, the first chairman of the stem cell agency, during a trip to Australia. Trounson also said today that then Gov. Schwarzenegger asked him to serve.

During Trounson's tenure, the agency's portfolio has soared from $283 million and 156 awards to its current $1.9 billion and 570 awards. It has about $600 million remaining in uncommitted funds.

Trounson's departure comes at a critical moment for the agency, which is trying to find a way to continue with major operations beyond 2017, when the money for new grants will run out. It is also pressing hard to commercialize stem cell research, the primary goal of Prop. 71, the ballot initiative that created the agency in 2017.

CIRM said Trounson has agreed to stay on as the agency begins its search for a new president. The agency said it is discussing the possibility of some sort continued affiliation for Trounson with the stem cell effort.

Members of the agency's governing board had high praise for Trounson today. Jonathan Thomas, chairman of the board, said in the CIRM news release that Trounson helped established the agency as a “world leader.”


“He has led us through some challenging times, been the driving force behind some truly innovative ideas – such as the Bridges and Creativity Training Programs, the Alpha Clinic model for delivering new therapies to patients, a stem cell genomics program and an iPS cell bank for interrogating the cause and developing new treatments for really serious and complex diseases.”

Sherry Lansing, chair of the directors' Governance Subcommittee and a former Hollywood studio head and former chair of the University of California regents, described Trounson as an “irresistible force.” She said,


“We are much, much closer to cures, thanks to his efforts."

Trounson's years at CIRM were not without controversy. In 2009, Marie Csete left the agency as its chief scientific officer. She told the journal Nature her advice was “not respected” at the agency.

This year, news surfaced on the California Stem Cell Report concerning Trounson's conduct in connection with a $21,630 gift from Klein to the agency along with a conflict-of-interest case involving a scientific grant reviewer who Trounson recruited.

The stem cell agency has had difficulties recruiting candidates for president in the past -- for among other reasons -- the early legal challenges and because of its dual executive arrangement legally dictated by Prop. 71. The dual CEO situation means that the chairman and president have overlapping responsibilities. CIRM is also an unusual mix, at least for a state agency, of science, academia, business and politics. Previous presidential searches also have become enmeshed in an internal debate over whether the president should be a big name scientist or more of an administrator.

The agency currently has new challenges that include creation of a“strategic road map” for its future and tough decisions on which projects to back for commercialization – not to mention the agency's short life span if it cannot find new financing.

In response to a query, Kevin McCormack, a spokesman for the agency said no severance is being provided to Trounson. The spokesman said Trounson's current salary is $490,008, the same as when he joined the agency.

You can find the CIRM press release here. Here is the text of Trounson's email to the California Stem Cell Report.
Posted by David Jensen at 6:00 PM