A Canadian scientist this week took issue with treatment on this Web site of stem cell diabetes research as a Massachusetts-California duel.

James Johnson, a primary member of the Diabetes Research Group at the University of British Columbia, referred to an item yesterday on the California Stem Cell Report.


In an exchange of emails this week with this writer, Johnson said “there are at least 25 large groups working in this sphere, not two.”

One of those groups is the Diabetes Research Group in British Columbia, whose research is backed by a subsidiary of Johnson & Johnson.

In a follow-up email, Johnson said,

“My point was that I think portraying it as a race between 2-3 groups misrepresents what is a global effort.”

“Personally I doubt Harvard or ViaCyte (a San Diego firm) will be the first to market such a therapy.”

Johnson makes a good point concerning the worldwide effort on diabetes. The search for a stem cell cure or therapy for diabetes goes well beyond California and Massachusetts.

A “duel” existed, nonetheless, between them as the result of an article in the MIT Technology Review and an item on the blog of UC Davis stem cell researcher Paul Knoepfler.  In the MIT piece, Harvard researcher Doug Melton commented critically on the ViaCyte effort. Paul Laikind, CEO of the San Diego firm, defended his project on the Knoepfler blog.

The California Stem Cell Report, which focuses almost entirely on California stem cell matters and the $3 billion state stem cell agency, was particularly interested in all this because the agency has pumped $55 million into ViaCyte. It is the largest amount that the state has invested in a single company. 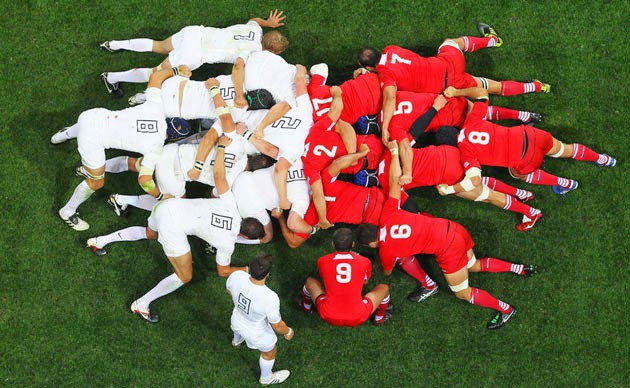 As for the worldwide state of diabetes stem cell research, perhaps it could be described as a global scrum, the grunting and heaving moment in rugby when multiple players tussle to control the ball.