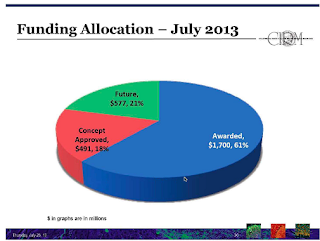 The California stem cell agency has only $577 million left for future research awards over the next four years, its directors were told this morning.

The figure was reported by CIRM staff this morning as part of its regular briefing on the financial status of the research effort, which began work in 2004 with $3 billion that the state is borrowing through issuance of state bonds. The method of funding will cost roughly $3 billion more in interest costs.

The agency expects to run out of funds for new grants late in 2017 and is considering ways to raise cash for future operations..

Looking for a job with an exciting and unique $12 billion stem cell research funding organization in the Golden State of California.? The s...