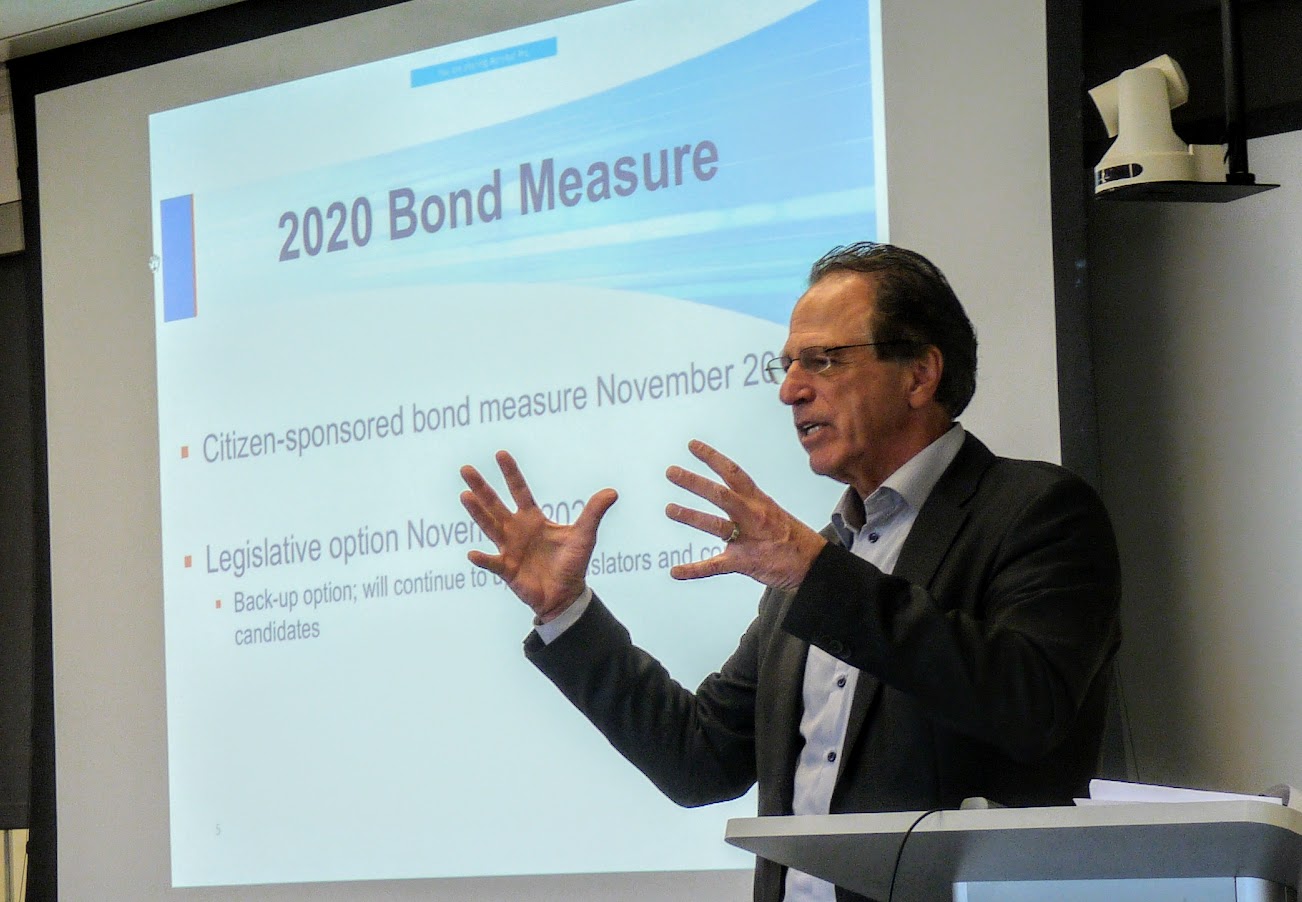 In November 2017, Robert Klein appeared before directors of the California stem cell agency to discuss a new bond initiative for the agency. He had more to say last month. See story below.

PALO ALTO, Ca. -- The man regarded as the father of the $3 billion California stem cell agency is thinking about changes in the program to help win voter approval of another $5 billion for the research program.

They include a stronger requirement to make state-backed, stem cell therapies more affordable and accessible and to provide more cash for creating a greater stem cell work force in the Golden State.


"The original initiative stated really a commitment to the idea of access....

Klein discussed some of his thinking for another ballot initiative in 2020 during a 70-minute interview last month in the offices of Klein Financial Corp.

Also housed in his building is the office of Americans for Cures, a nonprofit stem cell advocacy group. Klein, who founded the group and is its chairman, said he is consulting with its scientific advisory group to develop possible changes in CIRM.

The co-chairs of the group are Irv Weissman, director of Stanford's Institute of Stem Cell Biology and Regenerative Medicine, and Larry Goldstein, director of the UC San Diego stem cell program.


"We need to also address the issue of how do patients get treatment. They need transportation to get there right? They need housing for their family member who's going to take care of them."

As for possible costs of $1 million for a single treatment, Klein called for fresh thinking in terms of insurance coverage and financing. He notes that stem cell therapies can result in a total cure, eliminating the need for recurring, expensive treatments. He said,


"These curative therapies -- we need to work on a new business model for biotech where instead of paying $500,000 upfront or something where companies price it."

As for payments by insurance companies for treatments, Klein said,


As long as you're in remission from cancer, they pay for it, but they pay for it over a period of five years or 10 years. Right? It’s pay for performance and medicine, which is important to access. Right?"

As for training medical professionals to handle what Klein hopes will be a burgeoning industry, he said,


"I'm looking at a directive section that deals with specifically broadening the doctors who are specifically educated. The only way you can do that is to buy a part of the residency time. Otherwise they don't have time to do anything other than deal with current patients and current methodologies, which are radically insufficient as compared to the new cellular therapies.

"In terms of having the workforce that can implement these new therapies.... You need individuals that are trained in high speed cell sorters. You need individuals that understand the handling of cellular therapies, keeping frozen transportation, the procedures within the operating rooms on delivery, specific structures that have been created to be able to precisely insert them at the right place."

Klein, who was the first chairman of CIRM, has more ideas that may well be aired at a CIRM meeting Wednesday to discuss a possible $5 billion bond initiative to rescue the agency from financial death.

The bond funds that were authorized in 2004 are expected to run out for research awards as early as September.

Wednesday's meeting involves the science and governance committees of the agency's 29-member board. The session will be aired live over the Internet. The public can participate as well. Instructions are available on the agenda.

The meeting will be based in Oakland with teleconference locations for CIRM board members, which the public can share, in Riverside, South San Francisco, San Diego, Napa, San Francisco, Irvine, La Jolla and Rancho Cordova. Specific addresses can be found also on the meeting agenda.
Posted by David Jensen at 2:22 AM