Sacramento Bee: Klein Should Step Down 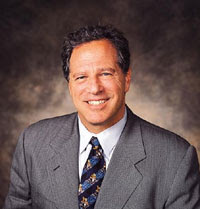 The Sacramento Bee said today that Robert Klein should step down as chairman of the $3 billion California stem cell agency, the largest source of funding for human embryonic stem cell research in the world.

The Bee's editorial came in the wake of disclosure that Klein(see photo), who is an attorney, advised John Reed, a member of the agency's board of directors and head of the Burnham Institute, to privately lobby CIRM staff for a grant for his institution in violation of the agency's conflict of interest policy.

"More than anyone, Klein should have known that Reed's inquiries and letter were inappropriate and would put him in a precarious legal situation."

"Klein, as we've said for some time, needs to step down. His divided loyalties, his disregard for public processes and his imperious nature have driven off institute staff and created a bunker mentality at what should be a world-class scientific institute.

"Beyond that, the Legislature needs to reorganize the oversight board, making it smaller and less rife with conflicts. Although stem cell research still garners wide support, taxpayers want assurance their $3 billion will be spent based on the merits of projects, not behind-the-scenes lobbying."

At least two members of the agency's board, which is called the Oversight Commmittee, have expressed public concern about the Reed's action. More are certainly to be concerned as well. A consumer watchdog group, the Foundation for Taxpayer and Consumer Rights, has filed a complaint with state officials concerning the Reed matter, which could lead to fines of both men.

For those of you not familiar with California media, The Bee is the dominant newspaper in the state's capital. It is widely read by legislators, state government officials and public policy analysts.
Posted by David Jensen at 6:44 AM