Stem Cell Cures: Who is Going to Pay? 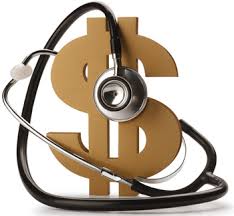 Money and the FDA were on the agenda today over at The Stem Cellar.


The Cellar is the blog of the $3 billion California stem cell agency, whose minions were on the scene in Atlanta for the World Stem Cell Summit.


First, the money bit, since as Gibbons points out,

“The bottom line: stem cell therapies will never be widely available if insurers won’t pay for them”

Gibbons wrote about a panel dealing with that dubious euphemism -- “reimbursement:”

“Elizabeth Powers of the IMS Consulting group suggested the audience pay close attention to the cancer market.  She said insurers and other payers of health care services are tired of paying for ‘statistically significant’ improvements in survival that only translate to a few weeks on average. She said payers are moving away from just whether a new therapy is different from prior therapies and want to be shown true value.”


Use of the word “reimbursement” is Big Pharma’s way of NOT saying that profits must be made if treatments are going to be produced. Unfortunately, the use of the term ill serves the industry by creating the impression among the public that they are being hornswoggled with jargon. The word smacks of entitlement, as if someone should guarantee the drug companies billion-dollar earnings.


McCormack focused on what he called a “clarion call” by Robert Califf, the deputy commissioner for the Food and Drug Administration (FDA), who has been with the FDA only eight months. Califf called for deeper patient involvement in drug development decisions.

“(Califf) says the first goal of the FDA has to be to protect the public, and that it’s hard to balance safety and innovation. ‘That’s an issue we struggle with every day.’”

McCormack did not link to the strong language concerning the FDA found in his agency’s new plan for spending $900 million over the next few years in search of a stem cell therapy.

Underlying both pieces on The Stem Cellar are two issues for the CIRM board to consider next week as it eyes the future. Does the agency, which will cost the California public roughly $6 billion including interest, want to fund research that is likely to lead to enormously expensive treatments that insurers and the federal government (via Medicare and Medicaid) will be reluctant and even refuse to pay for.


The usual argument is that prices will ultimately come down. However, we have already seen strong evidence to the contrary. The concerns have risen to the level of presidential politics and are not likely to vanish, regardless of the hopeful expectations of industry.


As for the FDA, when safety is the all-pervasive driving force of the FDA, it naturally will lead to slower action and caution on new treatments.  California’s stem cell agency, however, is looking for significant results in the next five years. Its money is running out. Cash for new awards will vanish in 2020. And the possibility of raising significant new funds is bleak if the agency cannot show major results after what will be 16 years of effort.