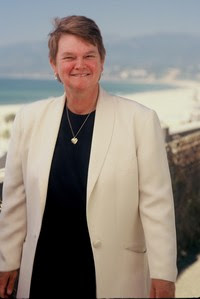 One of California's more powerful legislators today introduced a bill aimed at the state's $3 billion stem cell agency and designed to ensure that "the state’s neediest residents will have access to therapies and drugs" developed as a result of taxpayer-financed research.

The measure would also require the state's Little Hoover Commission to study the structure of CIRM and report to the legislature by July 1 of next year with recommendations.

The legislation, SB1565 by Sen. Sheila Kuehl, D-Santa Monica, comes only a few days after CIRM attracted unwanted attention (see item below) with its proposal to boost the top pay ranges of its key executives by as much as $200,000 a year or 50 percent. The salary proposal received an unfriendly reception from some of CIRM's directors on Wednesday.

Kuehl(see photo), chair of the Senate Health Committee, said in a statement that the bill, co-authored by Republican George Runner of Antelope Valley, would maintain "the public’s trust by identifying ways to increase public accountability and reduce conflicts of interest."

CIRM watchdog John M. Simpson of the Foundation for Taxpayer and Consumer Rights said in a news release:

"The stem cell agency’s oversight board was designed with built-in conflicts of interest and it’s too big to be effective. They always have difficulties mustering a quorum. An outside analysis by unbiased observers can only be good. A hard-nosed look by the Little Hoover Commission is just what’s needed.”

"We need a provision that allows the State Attorney General to intervene if drugs or therapies funded by the stem cell agency are priced unreasonably. We’ve seen too many cases where companies benefit from publicly funded research and then set prices at obscene levels. They act like socialists when seeking research funding but are greedy capitalists when there are profits on the table."

The text of the bill was not available online at the time of this writing, but Kuehl's office said the legislation would

"...require that grantees and licensees submit for CIRM's approval plans that will afford uninsured Californians access to drugs and cell therapies resulting from CIRM-funded research. The bill also ensures that publicly funded programs get the best prices for stem cell therapies and drugs by requiring grantees and licensees to sell them to publicly funded programs at a price that does not exceed one of the benchmark prices in Cal-Rx, the state’s prescription drug discount program."

The measure requires a super, super-majority vote – 70 percent of both houses – to pass. The requirement was created by Prop. 71 to make it extraordinarily difficult for lawmakers to make changes in the operation of the agency.

Passage would require a consensus from lawmakers that is rare in the Capitol. However, it is probably fair to say that the this week's pay proposal by CIRM will certainly contribute mightily to building that consensus.

(Here is a link to Ron Leuty's story on the bill in the San Francisco Business Journal.)
Posted by David Jensen at 2:21 PM