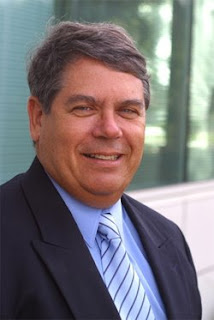 Trounson's Longings – CIRM President Alan Trounson says he "absolutely" misses being in the laboratory. Trounson (photo at right) made the comment in an interview late last month on Australian radio. He told interviewer Monica Attard on ABC radio that "I still wake up at night thinking I’m in the laboratory." Trounson also talked about how grant money was luring Australian researchers away from their country. "It’s like surfing in the big surf and unless you can catch the wave you’re never going to get the thrill of it. If you are sitting there and waiting for the wave to come and ... you might get on it, you might not because there’s really not much funding...." He went on to say that "a lot of really good scientists have relocated (from various places) to California because of the money and because of the opportunity."

Liberals Criticize Grant to California Stem Cell Firm – The state is New Jersey. The firm is StemCyte of Covina, Ca. The money relatively small – only $589,000. But a New Jersey state grant in that amount inveigled the company to open a New Jersey facility, creating 12 jobs. Questionable financial decision for the state, said the New Jersey Policy Perspective group, while higher education and transportation budgets are being cut in that state.

CIRM PR Contract – The California stem cell agency is looking for some public relations assistance, specifically a communications special projects manager. Under the terms of the RFP, compensation would amount to $90,000 under a 13-month "all inclusive contract including all administrative expenses and travel." The consultant would be required to work no more than 30 hours a week on an as-needed basis. Deadline for applications is May 19 with the award date scheduled for May 26 and possibly earlier. The agency has also posted job openings for a communications manager, IP attorney, scientific officer and two administrative coordinators (one senior).
Posted by David Jensen at 1:46 PM