Imagine this headline popping up on the Internet and in the New York Times in about four years:

The possibility of such a news story is not all that fanciful -- given the growing tension and anger over exorbitant drug prices being set by a variety of Big Pharma firms. The likelihood of such a report and its impact is a matter for careful consideration by the 29 directors of the $3 billion California stem cell agency. 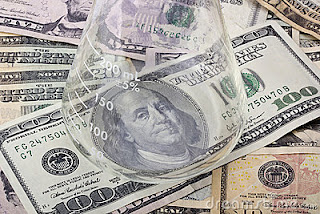 They are presiding over an effort that will cost the Golden State’s taxpayers roughly $6 billion by 2020.  Nominally, the agency is giving out $3 billion in research awards. However, the cost is approximately doubled because the state is borrowing money to finance the research, a move approved by voters in 2004.

No therapies for widespread use have yet emerged from the agency, formally known as the California Institute for Regenerative Medicine (CIRM). But the agency is pushing hard. It could have a therapy on the market within four years. The question is whether it will be something that is perceived as affordable or something available only to the wealthy few.

CIRM is now expecting to be involved in 65 clinical trials by 2020. One of those trials is currently in phase three, which puts the proposed treatment on the cusp of commercialization.

A second phase three trial – with a $20 million taxpayer investment -- is all but certain to be approved tomorrow during the CIRM directors meeting. The session also includes a strategic discussion about how the agency will spend its last $890 million – for basic research, clinical trials, infrastructure and so forth.

Not on the table, however, is what those therapies are likely to cost consumers. The spending plan does not address the question of whether a publicly financed agency should back development of therapies that could cost, for example, $512,000. (See here and here.) Or whether it should focus on more affordable treatments.

The issue of high cost of drug therapies has roiled the medical community and the public for some years. The matter has now moved to a higher level and is not likely to vanish during the next five years, as it has in the past. It is tied to the income inequality debate and the upsurge in patient advocacy. (See here and here.)

The issue surfaced this week in the presidential campaign. Democratic aspirant Hillary Clinton used words like “gouging” and “outrageous,” causing biotech stock prices to drop. Republican presidential candidates used the problem to attack Obamacare. Folks in the scientific community said they were “shocked.”

This afternoon, a Google search on the term “high drug prices” turned up 33.7 million results. “Outrage,” “huge spike,” “4,000 percent” and “insanely high” were some of the words in the headlines.

The affordability question is not new to the California stem cell agency. It popped up in the ballot campaign that created the agency in 2004 but has largely died down in recent years. (See here, here and here.)

It could surface again in the California legislature and elsewhere as lawmakers see a public desire to curb perceived greedy pharmaceutical companies that prey on the weak and afflicted.

It is not a prospect that would be pleasant for the California stem cell agency. And it would put a major damper on efforts to continue funding of the agency from both public and private sources.

As they consider their strategic direction, the CIRM directors of the agency may be well advised to move earlier rather than later on the question of high prices and affordability. As Ben Franklin’s medical homily goes,

"An ounce of prevention is worth a pound of cure."