Will Stem Cell Treatments Mean "Your Money or Your Life?" 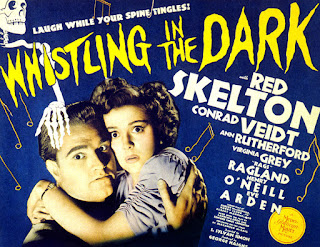 Halloween is just around the corner and some stem cell folks here in California are doing their best to wish away a particularly frightening specter.

They barely can bring themselves to name the force they fear, at least based on what this writer heard in a brief visit to the live Web cast yesterday of the “Stem Cells on the Mesa 2015” conference.

Some of the rhetoric amounted to no more than whistling in the dark. Investors, researchers and business executives danced around what almost certainly appear to be extremely high treatment costs for stem cell treatments.

Those costs are the type that have stirred recent outrage among consumers and among some physicians. The controversy has emerged anew in the presidential race and last week knocked the stock market around a bit.

This week, NBC News is airing a series of reports called “Your Money or Your Life.” The episode

yesterday featured a woman with cystic fibrosis who said about a drug maker,

“They put a price on my life.”

Inevitably meetings like the Mesa conference rarely deal directly with the tough and emotional issues that are typified by the ire expressed by that woman, Klyn Elsbury, who lives a few miles north of the Mesa meeting.   Instead biotech executives retreat behind such euphemisms as “reimbursement,” which is a catch-all term for “how do we make a profit.”

Yesterday the matter of pricing did come before one panel. While this writer came in late and did not hear all the names, the general response could be called “if we build it, they will come.”

Many of the potential products being tested now involve “unmet medical needs,” and thus the demand could be extraordinarily high. In other words, if you want to live, you will have to pay our price.

It would be “super transformative” in the market place, one speaker said, if a company has produced the only drug that will save a person’s life. Another said “the system will eventually find a (pricing) model.”  Which is where whistling in the dark comes in. But if the industry doesn’t directly face the emotional and medical concerns about predatory business actions, the industry, in all likelihood, will be hoist on its own pricing petard.

Lawmakers and regulators – fueled by public outrage – may well react to overly aggressive prices and begin to impose what could amount to some sort of profit rationing. After all good public health is a virtuous thing. And if prices stand in the way, something needs to be done about it. Or so the reasoning will go. Every politician needs a demon to rail against. Big Pharma and related stem cell firms could be that handy demon.

The argument in some circles maintains that prices will start out sky high and then decrease over time. But that does not mean the public and other payers will wait for decades and patiently pay $1 million per treatment.

That figure popped up this week in an item by UC Davis stem cell scientist Paul Knoepfler.  He wrote on his blog, ipscell.com, about a pricing model that did, in fact, run as high as $1 million.

“Where’s the stem cell price sweet spot where we can help the most patients, but also generate a needed profit for the biotechs?”

California’s $3 billion stem cell agency, in particular,  has an economic dog in the pricing hooha. The agency is in the midst of determining how to spend its last $800 million or so. It can decide to put that money into research that offers the likelihood of relatively affordable treatments or instead into $1 million cash cow therapies for Big Pharma.

What the agency does now will affect whether it vanishes in a few years for lack of funding or can find additional support from the state and/or private sources. If its only product after running through $6 billion (including interest) is a $1 million therapy, some might look askance at providing additional cash.

The Science Subcommittee of the agency’s governing will take up the revisions in its strategic spending plan some time in November. The proposal is scheduled to be approved by the full board at its Dec. 17 meeting in Los Angeles. (See here and here for more on the plan.)

Comments and suggestion for the plan can be sent to kmccormack@cirm.ca.gov.
Posted by David Jensen at 3:10 PM