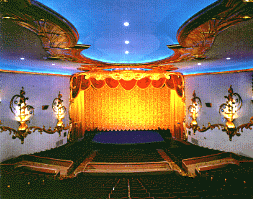 Directors of the California stem cell agency next week will take up once more a proposal to increase the top pay range of the key executives of the agency by 50 percent or as much as $200,000 annually in some cases.

The proposal stalled last month when a subcommittee of the directors balked, citing both the state's budget crisis and what they considered the dubious justification for some of the higher increases.

California is currently facing a $16 billion budget deficit, and the political heat around it is scalding. The pay proposal, however, would have no impact on the state budget because Prop. 71 was crafted to constitutionally protect the CIRM budget from cuts by lawmakers and the governor. Nonetheless, the pay proposal represents to some lawmakers and the public an example of profligate government spending.

One would suspect that the backers of the proposal, CIRM Chairman Robert Klein and President Alan Trounson, would have a plan to ease concerns of skeptical CIRM directors. However, that is not evident from the public documents now available. The March 12 agenda for the directors (the Oversight Committee) contains only a one-sentence reference to the matter. (The meeting location is pictured above. More details on that at the end of this item.)

When they were first proposed, the pay range hikes contained no detailed, written analysis supporting the increase. That analysis is still lacking.

The Sacramento meeting will also take up a draft biotech loan loan policy, which has moved through a series of hearings and is the subject of a $50,000 study to examine its economic underpinnings. The loan proposal could total as much as $750 million, according to Klein, and could be available to both the private sector and nonprofit groups. The biotech loan task force will hold another meeting March 11. The draft policy is not yet available from CIRM.

Also on the agenda for next week are proposed changes to intellectual property regulations and changes in the grant administration policy for the $758 million (including matching funds) lab construction program.

Incidentally, this is the first time that the ICOC has met in a venue where the Cab Calloway once performed. The Sacramento's meeting will be at the Crest Theater(see photo), a venue that hosts both film and live performances. It is located on the K Street mall, virtually in the shadow of the Capitol, and was restored some years ago under the direction of an architect friend, Jerry Schroeder. The March 12 agenda did not indicate whether popcorn would be served.
Posted by David Jensen at 7:52 AM