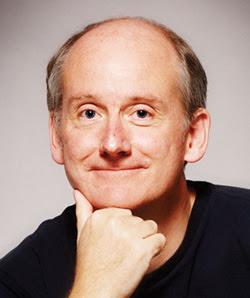 California's Robert Klein will share the stage with Wisconsin's Jamie Thomson Friday at the University of California, Santa Barbara, which has lured the renown researcher to its seaside campus with a $1 million package, including a new lab.

Klein, of course, is both the chairman of California's $3 billion stem cell agency and still officially president of his own private stem cell lobbying group, Americans for Cures. (No announcement has been forthcoming from the group confirming his reported resignation in the wake of its vitriolic attack on an influential state legislator.)

Klein and Thomson (pictured) will appear as part of a town hall event to discuss the state of stem cell research. The roundtable will also feature Congresswoman Lois Capps, a former nursing instructor, Gaucho (as UCSB denizens are known) alum and Wisconsin native.

CIRM has had a huge impact in California stem cell circles in the last 3 ½ years, but UC Santa Barbara might well be a poster child for what the agency has achieved.

Human embryonic stem cell research hardly existed on the campus (pictured) prior to 2005, the first full year for the California's research effort. But with a strong push from professor Dennis Clegg, now co-director of the UCSB Center for Stem Cell Biology and Engineering, the school scored in the first round of grants approved by CIRM. Today it has $6.7 million in stem cell research and lab construction funds from the California stem cell agency and another $3 million from one of the founders of Amgen. And it succeeded in drawing Thomson into the state on a part-time basis.

Thomson, whose lab is located in the UCSB California NanoSystems Institute, says,

"I am attracted by UCSB's strengths in materials science, instrumentation, and by the availability of marine model organisms for comparative studies."

Of course, UCSB's $6.7 million in CIRM funding is eclipsed by the $91 million given by CIRM to Stanford and the $69 million to UC San Francisco. But those campuses can generate buckets of money even without the state cash.

The Santa Barbara university has this to say about its fledgling stem cell effort:

"UCSB is well positioned to make unique, significant contributions in stem cell research, with extraordinary enabling technologies in biomaterials, systems biology, nanotechnology, micro-processing and bioengineering, all of which are synergistic with fundamental biomedical research efforts. Our approaches are uniquely distinct from those at California medical schools, with our emphasis on basic biological questions and engineering challenges related to stem cell research."

What CIRM has done is kindle a flame in Goleta (the actual location of UCSB). The hope is that the UCSB effort will grow and prosper, bringing new initiatives and insights into development of possible stem therapies.
Posted by David Jensen at 9:31 AM