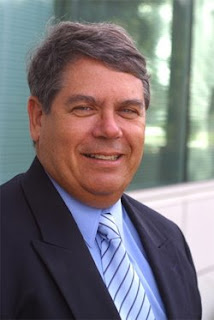 As part of his job, CIRM President Alan Trounson trots around California and elsewhere, telling the story of how and why the state is pumping $3 billion into human embryonic stem cell research.

If you would like to hear one of his talks and see the PowerPoint presentations that he uses, you can do so by going to the web site of the Milken Institute, an economic think-tank in Santa Monica, Ca.

The institute is offering a two-hour video of Trounson, including his responses to questions following his talk last Thursday (Jan. 22). Trounson has an accessible and easy speaking style, and his presentation slides are downloadable.

Some of the highlights:

Trounson almost let the Geron cat out of the bag although by the time of his talk, the information had already been fed to a number of media outlets, including the New York Times and the Wall Street Journal for publication on Friday.

Trounson had high praise for his tiny, 38-person staff. He noted that CIRM operates with a 6 percent administrative budget cap, compared to 10 percent to 12 percent for administrative costs in other similar organizations with some running as high as 25 percent.

He predicted as many as 100 applications in the upcoming $210 million disease team grant round, which is part of the $1 billion that CIRM has already specifically committed to funding. The disease team round is one of the largest given by CIRM.

He said the performance of grant recipients is closely tracked with under-performers being advised to get their "underdone bits" properly done.

In response to a question about the $40 billion California state budget crisis, Trounson said it is having an "impact." But he said, "We are well insulated from the effects of politics and the economy." Trounson said CIRM has enough money to "get through about October." He noted that CIRM Chairman Robert Klein is making contingency plans should California be unable to sell the bonds that provide the funds for CIRM.

The budget deadlock and CIRM's budget is also up for discussion at the CIRM board of directors meeting this Thursday and Friday.
Posted by David Jensen at 7:13 AM